After dedicating 40 years to the practice of law, Ron retired in 2022.

Ron practiced exclusively in the area of construction and commercial law, with an emphasis on construction lien claims, tender disputes, drafting of contracts, contract review, and generally providing advice to those involved in the construction industry. His clients included owners, condominium corporations, developers, consultants, national and local general contractors, subtrades, and suppliers. He has represented clients before the Ontario Superior Court of Justice, the Ontario Court of Appeal and the Supreme Court of Canada and has acted as counsel in numerous arbitrations.

Ron is a Fellow of the Canadian College of Construction Lawyers and has been listed in Best Lawyers in Canada, Construction Law, and Canadian Lexpert Directory for the past several years. He is a frequent lecturer at professional association seminars including the Ottawa Construction Association. A graduate of the University of Ottawa with a BA in History (1977), Ron graduated from the Faculty of Law at the University of Ottawa in 1980 and was called to the Ontario Bar in 1982. 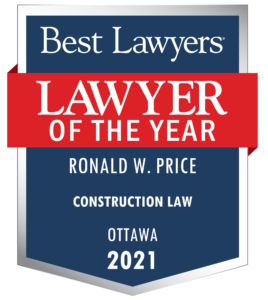 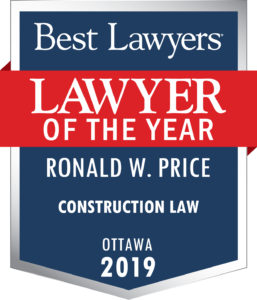 I have referred several people to Melody MacDonell over the years. She is extremely knowledgeable, professional and efficient. I wouldn't hesitate to recommend anyone at Rasmussen Starr Ruddy.

A big thank you to Melody and her staff. Melody is straight forward and knows her stuff. Although going through a separation is hard, I was very confident things would work out in my favor. And they did. Looking forward to the next new chapter to begin. Thanks again Melody.

I don’t know what I would have done without them. You may not remember every word they say, but you’ll never forget how they make you feel.

Their personal skills are great: they’re very easy to deal with. I question a lot and they’re very accommodating.

I like the fact that I can pick up the phone and talk to my lawyer, not an assistant. Other firms are getting too big to provide personal service.

They have a clear understanding of our business and are very responsive. The partners are well respected among their peers.