What are Grandparents’ Rights with Respect to a Grandchild?

Many families in Canadian society are no longer the traditional nuclear family reminiscent of early television sitcoms. Instead, many families are a blend of generations: parents, grandparents, siblings, aunts and uncles helping to raise our children to be the leaders of tomorrow. As the fabric of the Canadian family has changed, you should be aware that Ontario courts respect this reality and do not limit custody and access orders for children to their biological parents.

In Ontario, the Children’s Law Reform Act provides that any person may apply to the court for custody or access to a child. This means that a relative, such as a grandparent, can ask the court for a custody or access order. The test to be used by a court, as always with any child, is whether it would be in the child’s best interest to have access to or be in the custody of the applicant. It is not enough to prove that the child would not be harmed by contact with the relative, such as a grandparent, but the applicant has to show that the access or custody would benefit the child.

In determining custody and access arrangements, the courts will take into consideration the wishes of the parents, the reasonableness of the parents’ wishes, and whether there is a positive relationship or close emotional tie between the grandparent and the child. In addition, the court will also look to the other factors listed under section 24 of the Children’s Law Reform Act to influence their decision.

If you have a custody or access issue within your modern family, please contact our family lawyer, Melody MacDonell, for more information and a free consultation. Rasmussen Starr Ruddy LLP, 613-232-1830. 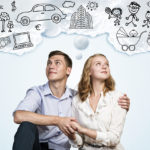 Next Post Why Get a “Pre-nup”? – ie: a Domestic Contract