Keeping trust a priority: The Ontario Court of Appeal reaffirms the priority position of trust claims under the Construction Act in a bankruptcy

The recent Ontario Court of Appeal case, The Guarantee Company of Canada v. Royal Bank of Canada, 2019 ONCA 9 deals with the relationship between statutory trusts created by the provisions of the Construction Lien Act (“CLA”) (now known as the Construction Act), a provincial statute, and the distribution of funds in accordance with the provisions of the Bankruptcy and Insolvency Act (“BIA”), a federal statute. While the topic of statutory interpretation does not generally attract much fanfare, the financial implications associated with the decision should be of interest to many in the industry.

Bankruptcies happen on a regular basis and can have a substantial ripple effect through the construction pyramid. It is important for stakeholders to be aware of all their prospective means of recovery with a view to avoiding being dragged down with the ship, so to speak.

The facts before the Court of Appeal involved a paving company who was deemed to be bankrupt. At the time of its bankruptcy it had four major ongoing paving projects with substantial receivables. The Receiver appointed by the Court to manage the receivables, co-mingled the trust funds owing to the Debtor on the projects, as a result the Receiver brought a motion for directions. The question posed to the Court was, could these funds be excluded from the Debtor’s property as trust funds pursuant to the CLA and was there a conflict between the BIA and the CLA in this respect. The Court reaffirmed that there is no conflict between the two statutes and established that the funds were “true trust funds” based on its findings that the CLA is sufficient to satisfy the three requirements/certainties for the creation of a trust, namely: (1) certainty of intention to create a trust; (2) certainty of object; and (3) certainty of subject matter. On the important issue of co-mingling, the court found specifically that the co-mingling of the funds was not fatal to establishing a trust, since the Receiver’s records were sufficient to trace the funds.

This decision should provide some comfort to the subcontractors and suppliers who supply labour, services, equipment and materials to construction projects. It offers a pathway to a priority claim for recovery of trust funds in a bankruptcy, even where the Receiver has failed to maintain the trust funds under the CLA separate and distinct from the other assets of the bankrupt.

If you learn of a prospective bankruptcy above you in the construction pyramid, ensure that you advance a trust claim under the CLA, so as to preserve your rights as a trust claimant. 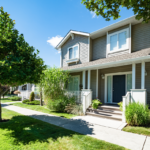 Next Post Assuming a Rented or Leased Appliance on Your Purchase