Black Listed: The Rise of Reprisal Clauses In Public Tenders

A recent decision has approved the use of “reprisal clauses” in public tenders, which have the effect of disqualifying a party from bidding if they have been recently engaged in litigation with the owner. Such provisions are currently utilized by dozens of municipalities across Canada.

In J. Cote & Son Excavating Ltd. v. Burnaby (City), the Court of Appeal for British Columbia affirmed a lower court decision which held that a reprisal clause was not contrary to the rule of law and did not infringe upon the constitutional right to access the courts. The Supreme Court of Canada subsequently refused leave to appeal this decision.

By way of background, J. Cote & Son Excavating Ltd. (“J. Cote & Son”) was a contractor engaged in a municipal works project for the City of Burnaby. A dispute arose between the parties in respect of amounts J. Cote & Son asserted were owed to it as a result of concealed conditions at the project. The dispute was first heard by a referee who delivered a non-binding decision in favour of J. Cote & Son. The City refused to make payment in accordance with this decision and refused to arbitrate the dispute. As a result, J. Cote & Son commenced a civil court action against the City to recover payment.

Tenders will not be accepted by the City of Burnaby (the “Owner”) from any person, corporation or other legal entity (the “Party”) if the Party, or any officer or director of a corporate Party, is, or has been within a period of two years prior to the tender closing date, engaged either directly or indirectly through another corporation or legal entity in a legal proceeding initiated in any court against the Owner in relation to any contract with, or works or services provided to the Owner; and any such Party is not eligible to submit a tender.

Put simply, this clause disqualified a bidder if it or a related party were engaged in litigation with the City within two years prior to the close of tender. This prohibition applied regards of the merit or success of the party’s claim. In other words, even if J. Cote & Son was successful in its civil action against the City, it would still be disqualified from bidding on tenders.

In finding that such a clause was permissible, the court held that there is no broad general constitutional right of unrestricted or absolute access to the courts. In particular, the constitutional principles relied upon by J. Cote & Son do not apply to private contracts between parties, such as those arising from a public tender.

The court specifically noted that:

Section 96 of the Constitution Act, 1867 does not protect the ability or right to bid on public tenders. As the Attorney General points out, many contractual provisions, such as mandatory arbitration clauses, exclusion clauses, limitation of liability clauses and settlement release clauses are designed to discourage parties from accessing the courts. An absolute right would have significant ramifications, as an array of statutes and contractual clauses of the government that hinder or impede access to the courts to some degree would be rendered unconstitutional.

While this decision may be viewed positively in support of the right to freedom of contract, construction contractors must be alive to the implications of reprisal clauses in municipal tenders. A contractor may be forced to make a business decision as to whether to pursue a claim against a municipality or preserve its ability to bid on future work.

Anthony Imbesi is a lawyer who specializes in construction law at Rasmussen Starr Ruddy LLP in Ottawa. This article is for informational purposes only and should not be relied on as legal advice. 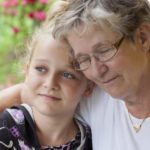