The Ontario Superior Court of Justice sends a clear message in response to misconduct: “That’ll cost you”

In what appeared to be just another episode of builder vs. homeowner; the basic facts in Marcos Limited Building Design Consultants v. Lad, 2018 ONSC 3273 were not unique or exceptional. The builder, Marcos Limited Building Design claimed damages from the homeowners in the amount of $523,068.52 for services and materials supplied on the basis of breach of contract, and in the alternative, unjust enrichment. The homeowners challenged the builder’s claim and asserted, by way of counterclaim, that they had overpaid the builder by $75,502.00. However, somewhere along the way things took a turn, albeit in favour of the homeowners.

The trial judge ordered full indemnity costs in the amount of $578,793.29 against the builder. The Court also found that one of the partners of the builder orchestrated a scheme to deceive the Court, and pointing to numerous examples of gross misconduct, held that the partner was personally, jointly and severally, liable for the full indemnity costs award. It bears emphasizing that this individual was not a party to the litigation, but nevertheless was ordered to pay the defendants nearly $600,000.00 in costs. One should also not forget that the builder also had legal fees of its own in the same range.

This case offers a vivid picture of just how far a judge’s discretion can reach and also a warning shot to parties and non-parties as to the “costs” of misconduct in litigation. 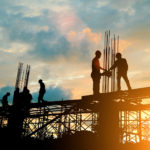 Next Post Keeping trust a priority: The Ontario Court of Appeal reaffirms the priority position of trust claims under the Construction Act in a bankruptcy