The Good, the Bad and the Ugly – A Lawyer’s Duty to Disclose

One of the most rewarding feelings for any litigator is finding that perfect case to support your client’s position – a precedent which is factually similar and achieves the desired legal outcome. However, what do you do if you find the perfect case that supports the other party’s position? Before choosing to ignore it because it is contrary to your client’s position, it may be beneficial to review Regional Senior Justice Peter A. Daley’s Cost Endorsement for Blake v Blake.[1]

In Blake, the summary judgment motion was argued on September 19, 2018 and by July 8, 2019, the Court released its Cost Endorsement. However, during Justice Daley’s review of the law, he conducted his own research and the first instance and appeal decisions in Wall v Shaw[2] came to his attention. He described this case to be “directly on point with the issue at stake on the summary judgement motion”.[3]

Wall was directly on point with the issue and was discussed in detail in an estates litigation blog commentary published by the respondents’ law firm on November 16, 2018. Despite this, the respondents did not bring Wall to the Court’s attention during their submissions nor at any time prior to the release of Justice Daley’s decision on the motion.

[32] As to counsel’s obligation to inform the court as to relevant authorities, two principles emerge: (1) where lawyer knows of a relevant authority, the failure of the lawyer to inform the court of that authority could be seen as an attempt to mislead the court; (2) where a lawyer does not know about authority, ignorance may nonetheless be no excuse. Lawyers have a duty to conduct reasonable research on points of law that are known in advance to be contentious. Thus, while this may not amount to a deliberate misrepresentation, counsel nevertheless may be found to be in breach of their duty to the court for failing to have conducted reasonable research as to relevant authorities.

[33] The following factors are also relevant to counsel’s duty to the court:

(a)       binding decisions, in particular, must be raised if relevant [citation omitted];

(b)      cases that are not binding but are persuasive need not necessarily be provided to the court, however counsel should nonetheless raise a case if it is on point and from the same jurisdiction. Counsel must be mindful of the fact that decisions from courts of the same level may be binding (under the rule of horizontal stare decisis);

(c)      where it is submitted that the lawyer did not know of the authority, in determining whether the lawyer ought to have known (in terms of reasonable research), the court may ask whether the authority was easy to find – if for instance, the case is particularly unique and involves a narrow and specialized area of law it may be less likely that the lawyer could have found the case through reasonable research and the duty to provide that authority may therefore not have been breached. However, if the lawyer practices in a specialized area such as estates litigation, that duty would be present in a case such as this;

(d)       counsel cannot decide on their own whether or not a case is distinguishable. If it is relevant and on point, they must bring the case to the attention of the court and allow the judge to determine whether or not the case can be distinguished from the facts before the court or from another decision.

The failure to bring relevant authority to the attention of the court is a breach of a lawyer’s professional obligation to the Court and as seen in this case, may lead to an award of substantial indemnity. In light of Justice Daley’s decision, as a lawyer it may be wise to review all relevant blogs published by your firm.

So, here is the final and perhaps most relevant question, was Justice Daley’s substantial indemnity costs award too harsh? The respondents intend on appealing the decision. It will be interesting to see if the Court of Appeal re-assesses this costs award. 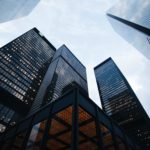