The Divisional Court Reaffirms the Irrevocability of Discharged Construction Liens

In 9585800 Canada Inc., o/a Earth Movers v. JP Gravel Construction Inc., 2019 ONSC 7022, the Divisional Court clarified the effect a discharged lien has on the registration of a subsequent lien. In light of the lien claimant discharging and later re-registering their lien to correct a minor mistake, the Divisional Court reaffirmed the principles under the Construction Lien Act and its contemporary, the Construction Act, that a discharged lien is irrevocable and cannot be revived.

JP Gravel brought a motion seeking an order discharging the second lien. It argued that s. 48 of the Act applied and specifically prevents a lien claimant from discharging its lien and subsequently registering a new lien to correct errors contained therein. Despite the plain language of Act, the Motion Judge dismissed the motion, concluding that s. 48 did not apply in the circumstances. Instead, the Motion Judge concluded that Earth Movers’ erroneous dates of services were “clearly incorrect”.   She found the lien to have been a nullity as it was for non-existent work and found the second lien to be valid.

Raising a number of concerns with the Motion Judge’s interpretations of the law, JP Gravel appealed the Order on several grounds. It argued that the Motion Judge had failed to give effect to s. 48 of the Act and had improperly distinguished existing jurisprudence. Moreover, JP Gravel argued it had been denied procedural fairness by having the initial lien declared a nullity without that issue being raised in oral argument before the Motion Judge. It submitted that had it been given adequate notice of the nullity issue and the opportunity to argue before the Court, it would have raised the relevance of the curative provisions found in section 6 of the Act. Had Earth Movers acted properly, s. 6 would have permitted the court to apply the curative provision and correct the mistake without invalidating the lien. However, by choosing to discharge its initial lien, Earth Movers forfeited its lien rights which could not be revived.

In setting aside the order of the Motion Judge, the Divisional Court accepted that the second lien ought to have been vacated as the application of s. 48 renders the initial discharge irrevocable. The Motion Judge’s conclusion rendering the initial lien a nullity was not supported by case law, and had been ordered without affording the parties procedural fairness.

The conclusion of this appeal reaffirms the existing jurisprudence addressing the effect of the discharge of a lien on the registration a subsequent lien in respect of identical lien rights. While this case was decided under the Construction Lien Act, now having been replaced with the Construction Act, it is important to note that the pertinent principles continue to apply under the contemporary legislation. Claimants who elect to discharge their liens, for whatever reason, must be acutely aware of the harsh reality that their decision is irrevocable, and the discharged lien cannot be revived. Curative provisions are in place to correct minor mistakes, and claimants ought to adhere to the correct procedures in order to protect the validity of their liens. 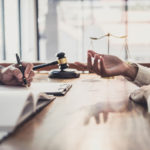 Next Post The Good, the Bad and the Ugly – A Lawyer’s Duty to Disclose