Sentencing Methods Beyond Monetary Fines: A Turn Towards Innovative Reprimands for Regulatory Offenses

Sentencing procedures for corporations who commit regulatory offenses appear to have become predictable in recent years; In common practice, the offending company is held responsible to pay a fine proportionate to the size of the company itself and the offense committed, along with probationary terms and other frequently used deterrents. The quantum of the fine is often negotiated between the crown prosecutor and defendant corporation and presented to the Court for its approval through a joint submission. However, recent case law makes it abundantly clear that the Court is not limited to monetary fines in its sentencing methods, particularly in the quantum as submitted by the parties themselves. Creative and innovative conditions are available for implementation, where such methods promote the objectives of sentencing in regulatory offenses – to promote deterrence, rehabilitation, and the protection of the public.

In The Queen in Right of Ontario (Ministry of Labour) v Vixman Construction Ltd., 2020 ONCJ 64, a workplace accident resulted in the death of an employee who fell from an elevated work surface. Despite having been provided with functional and industry-standard safety equipment, the employee incorrectly fastened their self-retracting lifeline, resulting in the equipment’s failure. The Court found that the defendant employer had failed to ensure that prescribed safety measures and procedures were properly carried out in the workplace. As a result, it was convicted of two regulatory offences under the Occupational Health and Safety Act (“OHSA”).

The parties advanced a joint submission on sentencing, which was for the defendant to pay a proportionate fine. Rather than formulaically accepting and ordering the joint submission, the Court took the opportunity to analyze and comment on the state of sentencing principles for corporate offenders. Describing the current approach to the sentencing of corporate offenders as a “patchwork quilt of common law principles and concepts that is badly in need of reform”, the Court carefully considered the elements of an appropriate sentence, the tools and options available to it, and the potential desirability and efficacy of methods beyond the imposition of fines alone.

This case confirms the Court’s capacity it to implement creative sentencing options, so long as they uphold the core objectives of the regulatory legislation, in this case the OHSA. Along with an 18-month probation order, a $125,000.00 fine and a 25% victim fine surcharge, the defendant company was required to complete the following:

What has been made clear is that corporations facing sentencing for committing regulatory offences can no longer forecast their sentencing as a simple business transaction. Their exposure to penalties may be far more costly, time intensive, and burdensome than signing a cheque. Ontario Courts have clearly signaled that they will not shy away from implementing creative and innovative methods of sentencing to best deter such offences, offer rehabilitation to affected victims, and protect the public. 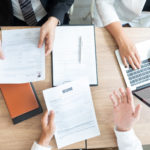