Have You Been Led On? Chin Up, Says The Supreme Court of Canada, You May Have a Case

Recently, a dispute between a number of Ottawa condo corporations and a local maintenance contractor received the attention of the Supreme Court of Canada in the decision C.M. Callow Inc. v. Zollinger, 2020 SCC 45.

The plaintiff, Callow, a maintenance contractor (“Callow”) entered into a two-year agreement with a number of condo corporations (the “Condos”) for the provision of certain maintenance services at their respective properties. The agreements included a term permitting the Condos to terminate the agreement for any reason with 10 days-notice to Callow.

Not long after the ink had dried on the agreement, Callow, hoping to bolster its chances of securing a further two-year renewal, offered and gratuitously provided certain landscaping services to the Condos. Callow’s motives were not a secret and the Condos accepted the free services even though they had already privately determined they were going to terminate the contract. Shortly after receiving the free services, the Condos broke the news to Callow, they would not be extending the term of the contract. Moreover, the existing contract with Callow was terminated on 10 days-notice. Callow found itself in the shoes of a jilted lover whose proposal was not only rebuffed, but in the same breath, also dumped.

Callow sued for breach of contract, claiming the amounts that would have been earned on its remaining term.

All three levels of courts; the Superior Court of Justice, the Ontario Court of Appeal and the Supreme Court of Canada focused their analysis on the doctrine of good faith and honest performance in a contractual relationship.

At all levels of court, Callow argued that the Condos had misled it about the possible renewal of the maintenance agreement and that it was intentionally deceived into thinking the Condos were satisfied with Callow’s performance. The key to Callow’s contention was that the Condos knew it felt secure in this position and the Condos’ failure to correct this mistaken impression amounted to a breach of its duty of honest performance.

At trial, it was found as a fact the Condos knew Callow was under the impression a renewal was likely and instead of correcting this impression, the Condos accepted free services, despite knowing full well it would be terminating the contract.  Although the Ontario Court of Appeal regarded this conduct as “dishonourable”, it did not find that it constituted a breach of the duty of honest performance. The Supreme Court disagreed, and found that there was indeed a breach of the duty and labelled the conduct as “dishonest.”  It found that the Condos had an obligation to correct the misapprehension and, in the circumstances, their silence and failure to disclose their intentions to terminate the agreement amounted to deception. On this basis, the Supreme Court found that the termination was not exercised in accordance with the duty of honest performance and accordingly found that Callow was entitled to damages.

Lessons in Love: Rather be Dishonorable than Dishonest

The moral of the story is: although you may have the right to do something, exercising that right dishonestly could lead to liability for damages. We must also note that the Supreme Court and the Court of Appeal could not agree on how to treat the Condos conduct even when there was no disagreement among the courts as to what had transpired. At the Court of Appeal, the conduct was described as “dishonorable,” in which no damages were appropriate. The Supreme Court on the other hand, found the conduct to be “dishonest,” in which case damages were indeed appropriate. This kind of uncertainty is hardly new, but when it comes down to it, I suppose the Supreme Court is compelling us all to ask ourselves, “are you leading someone on?” (with respect to your contracts of course).

Christopher J. Hunt is a Partner at Rasmussen Starr Ruddy LLP in Ottawa. This article is for informational purposes only and should not be relied on as legal advice. 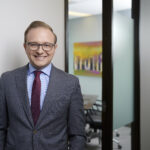