Do Not Get Caught by the Terms of Your Release

A recent decision from the Ontario Court of Appeal offers a cautionary tale for parties and lawyers alike, to consider when reviewing the terms of a release before finalizing settlements.

Releases are neither popular nor sexy. They often pose the final obstacle in the way of a settlement. They are speculative by nature and too frequently contain wordy and suffocating language which is better suited in a museum. The artifact of a word “wherefore” offers one such example.  Suffice it to say, there is no shortage of reasons that might compel parties to overlook important release terms in favour of finalizing a settlement, particularly considering how much work and expense has usually been expended by the time parties reach the release stage.

For context, here is an illustration:

Let us suppose that you are a plaintiff in a case who has just spent the past three years immersed in heated and costly litigation. After dancing back and forth with offers to settle, you decide that you are content with the offer your lawyer has obtained for you from the defendant, and for the first time in what feels like forever you can picture your life without being weighed down by this lawsuit. After talking it over with your lawyer, you instruct them to accept the settlement offer. You exhale a little. You turn your attention back to your business, reintroduce yourself to your family and maybe even begin planning a long overdue vacation.

Your lawyer tells you that in order to collect the settlement funds, you need to sign a release proposed by the defendant. The proposed release includes a term which states that in exchange for payment that you agree to release the defendant from not only the present claim, but from any other claim you may have in the future. Instantly, your brain starts racing with a million questions such as:

a) “Is it possible to release a claim I didn’t know I had?”; b) “Are they trying to trick me. What claim? I must be missing something.”; and c) “I’m going to kill my lawyer. This was supposed to be over.”

With respect to the first question, the answer is yes, you can release a claim you did not even know you had. This very question was reviewed earlier this year by the Ontario Court of Appeal (“OCA”) in Biancaniello v. DMCT [2007].

DMCT LLP acted as the accountant for Prinova Technologies. There was a relatively small dispute over accounting fees, for which DMCT sought recovery by commencing an action against Prinova. The parties settled the action and signed a mutual release in respect of “all claims arising from any and all services provided” by DMCT to Prinova during a specified time frame. Years later, Prinova discovered that DMCT had provided negligent advice during the time period covered by the release for which it claimed to have suffered significant damages. The damages claimed substantially exceeded the amount of the fees that had been in dispute earlier. Prinova sued DMCT for the damages it claimed to have suffered as a result of DMCT’s negligent advice. DMCT submitted, by way of a motion for summary judgment, that the terms of the mutual release entered into earlier barred Prinova from bringing its claim, regardless of the fact, that it was unknown to Prinova that the negligent advice had been given. After both the motion judge and the Divisional Court disagreed with DMCT’s position that the release barred Prinova’s claim, DMCT took its case to the OCA.

In its decision, the OCA borrowed heavily from a House of Lords case from the U.K. Bank of Credit and Commerce International SA v. Munawar Ali, [2001] and adopted the principles below in the context of how to interpret the terms of a release:

The OCA found that the release terms “wiped the slate clean”

After considering these principles against the facts above, the OCA found that all claims which arose during the specified period were released by the parties, including those claims which had not been discovered by the parties. Put another way, according to the OCA’s interpretation, the language “all claims” did not exclude claims that were unknown or claims that were not anticipated by the parties. Consequently, Prinova released its right to bring a claim for damages suffered by its accountant’s negligence, when in the course of resolving the prior litigation pertaining to fees, it agreed to release the accountant from all claims it had in respect to the accountant’s work during the specified time period–the slate had been wiped clean.

Keep your guard up

Parties would be wise to bear the above principles and consequences in mind. As illustrated in the case at issue, releases are contracts, the consequences of which do not necessarily have to be fair. They are not mere afterthoughts.A review of the jurisprudence establishes that arguments over release terms surface with remarkable regularity. Do not fool yourself into thinking, “nothing will happen” or that all terms in a release have to be fair. Exercise caution and review the terms carefully with your lawyer. There are also ways to identify and navigate release issues early on.

While it can be tempting to overlook the release stage under the mistaken presumption that the adversarial matters are over or in the hopes that the lawsuit will behind you sooner if you simply agree to the proposed release. Resist this temptation. If not careful, you can end up losing something of tremendous value, even when nobody, yourself included, knew you had it. 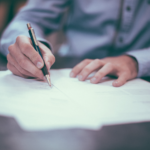