Distinction Between Employees and Independent Contractors

Determining whether or not someone is an employee or an independent contractor is an important question for your business.

It is a question of fact in each case and depends on the individual circumstances.

A true independent contracting relationship is one where the worker runs his or her own business and does not typically devote all of his or her working time to one entity exclusively, but rather freelances for a number of organizations, thereby assuming his or her own risk of profit and loss. Typically, the worker will also control his or her time, work schedule, and the manner in which work is completed.

Courts will not permit the label attached to a particular relationship to govern the true substance of the relationship. As a guide, in determining whether a worker was an employee or independent contractor, the Federal Court of Appeal in Wiebe Door Services Ltd. v. Canada (Minister of National Revenue)1 determined that accurately characterizing a worker relationship requires that we consider four tests or factors:

A worker is considered an independent contractor if he/she owns his/her own tools. The same is true even if the hirer provides special tools when required.

The Supreme Court of Canada considered the appropriate test for determining employee vs. independent contractor status in 671122 Ontario v. Sagaz Industries Canada Inc.2  Justice Major, writing for the majority, noted, “there is no conclusive test which can be universally applied to determine whether a person is an employee or an independent contractor.” On the contrary, the decision maker must examine all aspects of the relationship between the parties.

Canadian courts have been clear: no one factor is determinative of the relationship of employer/employee or hirer/independent contractor. Rather, the four indicators, taken together, suggest which arrangement is likely to be present.

This handout is provided as an information service by Rasmussen Starr Ruddy LLP. It is distributed with the understanding that it does not constitute legal advice or establish a solicitor-client relationship by way of any information contained herein. The contents are intended for general information purposes only and under no circumstances can be relied upon for legal decision-making. Please consult with us and obtain a written opinion concerning the specifics of your particular situation. 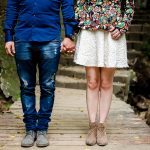