Can My Neighbour Remove a Tree Growing on Our Property Line?

Despite best efforts to love the neighbour, disputes occasionally arise between adjoining property owners which raise discrete legal issues. One common example is in when one neighbour proposes to remove a tree located along an adjoining property line which may provide shade or ornamental value to the other property.

While a first reading of these provisions may seem clear, the practical difficulty becomes determining at which point, along the trunk, the boundary is to be measured against? Is it where the trunk emerges from the ground, or at any point along the trunk? Fortunately for neighbours everywhere, the Court of Appeal[1] has settled this issue by determining that a tree trunk comprises of the entire trunk, from its point of growth away from its roots up to its top where it branches out to limbs and foliage.

So, your neighbour would need your permission to remove a tree along your property line so long as any part of the trunk is growing on the boundary line with your property.

It should also be kept in mind that even if the tree is not growing directly on your boundary line, many municipalities require an owner to first obtain a permit before removing trees above a certain size from their property. For example, the City of Ottawa has a by-law making it an offence to remove a tree with a diameter greater than 50cm without first obtaining a Distinctive Tree Permit.

An owner looking to remove a tree from their property should always review their legal obligations before doing so, even if it is just to avoid a neighbourly dispute. 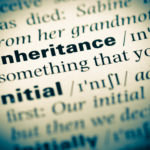 Next Post How Are Inheritances and Gifts Treated Upon Marriage Breakdown In Ontario?