Bill 47: Amendment of the Employment Standards Act – What Employers Need to Know

On November 27, 2017, Bill 148, the Fair Workplaces, Better Jobs Act, 2017 received Royal Assent and came into force in Ontario. Then on November 21, 2018, Bill 47, the Making Ontario Open for Business Act, 2018 received Royal Assent and will come into force on January 1, 2019. Bill 47 amends various workplace related legislation in Ontario including the Employment Standards Act, 2000 (“ESA”), the Labour Relations Act, 1995(“LRA”) and the Ontario College of  Trades and Apprenticeship Act (“OCTA”).

This Blog deals with the changes to the ESA, scheduled to come into force on January 1, 2019.

Where Bill 148 amended the ESA to prohibit the misclassification of employees, by having the employer bearing the onus to prove that an individual is an independent contractor and not an employee, Bill 47 removed such onus. Misclassification is still prohibited but the complainant must establish that he/she is an employee.

Where Bill 148 raised the minimum wage for most employees to $14.00 per hour with a further increase to $15.00 on January 1, 2019, Bill 47 amended such provisions such that the minimum wage of $14.00 per hour will remain until at October 1, 2020, subject to an annual inflation adjustment on October 1 of every year stating in 2020. There remain certain exceptions to these minimum wage rates, including students under 18 if their weekly working hours do not exceed 28 hours or if they are employed during a school holiday, and employees who serve liquor directly to customers in a licenced establishment and who regularly receive tips or other gratuities from their work.

Where Bill 148 created new rules regulating scheduling and on-call assignments, including the 3-hour rule for shortened and cancelled shifts; mandatory pay for on-call workers; the right to request scheduling or work location changes; the right to refuse work or on-call requests made less than 96 hours of notice, all of which were to come into force on January 1, 2019 Bill 47 repealed such provisions and maintained only a general 3-hour rule under Part VII.1 of the ESA.

Under Bill 47, an employer will be required to pay an employee who:

With the exception set out in Bill 47, that the 3-hour rule does not apply if the employer is unable to provide work for the employee because of fire, lightening, power failure, storms or similar causes beyond the employer’s control that result in the stopping of the work.

Bill 148 prohibited differential pay based on a difference in “employment status”. It implemented a general rule that no employee may be paid less than what is paid to a full-time employee for the same work. These provisions have been repealed by Bill 47 such that an employer will no longer be required to pay part-time and causal employees the same rate as full-time workers.

The requirement for equal pay on the basis of sex shall remain in effect.

Bill 148 introduced changes to leave entitlement and created new categories of leave. Bill 47 repealed the personal emergency leave provisions set out on Bill 148 (which included 2 paid days) and replaced such provisions with 3 distinct provisions, providing employees who have been employed by an employer for at least 2 consecutive weeks, with a total of 8 unpaid leaves in each calendar year, specifically for:

Where any part of a day is taken by the employee for the above leaves of absence, the employer may deem the employee to have taken 1 day of leave on that day.

Further, where Bill 148 provided that an employee who took personal emergency leave was not required to provide a medical note to substantiate their claim for leave, Bill 47 will allow employers to request a medical note from an employee to establish the employee’s entitlement to sick leave.

Bill 47 did not alter other leaves of absence set out in Bill 148. Specifically, the following remain in force:

Critical illness leave is available only to employees who have been employed for at least 6 consecutive months and is comprised of two basic entitlements:

Employees must inform their employer in writing as soon as possible of their intention to take critical illness leave and must provide the employer with a written plan indicating the time in which the employee will take the leave. Upon request by the employer, employees must provide the employer with a copy of the certificate from a qualified health practitioner stating that the family member is critically ill and requires the care or support of one or more family members and the period during which they require the care or support.

The length of pregnancy leave for employees who suffer a still-birth or miscarriage is extended to 12 weeks after the pregnancy loss occurs.

The length of family medical leave is extended 27 weeks in a 52-week period for the provision of care or support to a family member who has a serious medical condition with a significant risk of death within 26 weeks.

Two types of leave for employees who have been employed for at least 6 months:

An employee who has been employed for at least 13 consecutive weeks is now entitled to a leave of absence where the employee or the employee’s child experiences domestic or sexual violence or the threat of such violence and the leave is taken for one of the delineated purposes. In each calendar year, an employee may take up to 10 days of leave and up to 15 weeks of leave as well, with the first 5 days being paid days.

Bill 47 did not alter the provisions set out in Bill 148 where an employee no longer has to demonstrate that they attempted to resolve their issue with the employer before proceeding with a complaint under the ESA. However, the increased fines for violations of the ESAunder Bill 148 have been decreased to the pre-Bill 148 amounts.

This Blog is provided as an information service by Rasmussen Starr Ruddy LLP. It is distributed with the understanding that it does not constitute legal advice or establish a solicitor-client relationship by way of any information contained herein. The contents are intended for general information purposes only and under no circumstances can be relied upon for legal decision-making. Please consult with us and obtain a written opinion concerning the specifics of your particular situation. 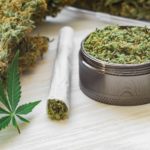